Flight operator BMI Regional is stopping several Scottish routes as it closes its Edinburgh base. 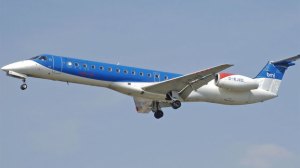 It confirmed it would stop flying between Edinburgh and Manchester, Copenhagen and Brussels, while it will also cease routes between Manchester and Antwerp and Birmingham and Billund.

The firm said it expected “no net job losses” as a result of the move, but confirmed it had opened consultation with around 80 workers at its Edinburgh, Birmingham and Manchester crew bases.

It stated it would offer those employees a chance to relocate, while it would continue to employ around 400 workers across its operations. The move came around a year after it sold by British Airways owner International Airlines Group last October.

A spokesman from BMI Regional said: “Following a comprehensive review of our network, bmi regional has announced the closure of five routes. The routes affected are Manchester to Edinburgh and Antwerp, Birmingham to Billund and from Edinburgh to Copenhagen and Brussels.

“BMI Regional is to focus on routes elsewhere in Scotland and in other parts of the UK and Europe. The airline announced a new route from Newcastle to Brussels last week, and commenced services between Aberdeen and Oslo on Monday.

“As a result, our crew bases in Birmingham, Edinburgh and Manchester will close. We have started consultations with affected employees, including the opportunity to move to one of our other crew bases. We expect no net job losses as a result of the move.”

The base closures leave Aberdeen and Bristol as the main hubs of the flight operator. It confirmed the affected routes would cease to operate later this year.

The company spokesman added: “We would like to reassure all customers booked to fly with us on the affected routes that services will operate up to the termination date (November 29 for Manchester, December 31 for Billund and January 5 for Edinburgh to Copenhagen and Brussels).

“We will be in contact with passengers booked beyond these dates to offer alternative arrangements or refund.”

what a shame that the bmi regional flight manchester antwerp will be shut , i used to like this little plane taking me right in to my destination … 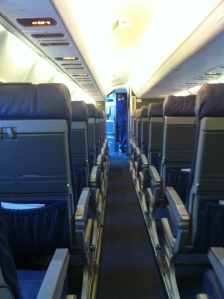 they must have been loosing money on that connection, because one morning in march 2013 i checked in for a flight from manchester to antwerp and to my surprise there where only 2 passengers in the plane … yes, thats correct … 2 passengers !!!

i hope they had more passengers on other days…